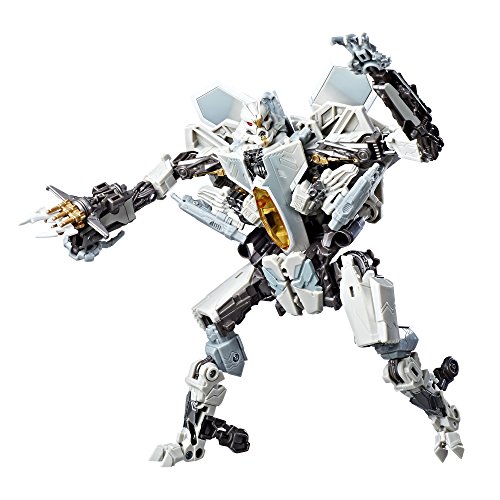 Reach past the big screen and build the ultimate Transformers collection with Studio Series figures, inspired by iconic movie scenes and designed with deco and figure scales that reflect the movie universe.

In the Mission City Battle from Movie 1, Starscream plunges into action from above. After eons of waiting, he seizes the opportunity to prove himself an equal to Megatron.